The timeline of the Museum exhibitions reflects the various epochs, ideologies and personalities of Latvia’s turbulent 20th century. The rich and controversial history of the Museum’s exhibits can be divided into several stages.

The idea of a Museum devoted to medicine was conceived some four decades ahead of the Museum itself. Pauls Stradiņš’ contemporaries recalled that the famous doctor had been forming his collection impulsively, based on personal rather than museological considerations. As a result, the collection featured universally acclaimed specimens alongside artwork of dubious quality. Having received Stradiņš’ collection as a gift, the Museum’s original team got to work on reviewing and arranging the items, although the influence of Stradiņš — a singular personality in the history of Latvian medicine — on the Museum’s collection and exhibition persisted long after his death.

Nearly four years passed from the establishment of the Museum on 17 October 1957 until its doors opened to visitors on 20 July 1961. It took time to vacate and repair the premises as well as make a number of conceptual decisions — how, and using which items, would the new museum display its collection? The collection also swelled considerably during this period — in part due to a letter that the Latvian SSR Ministry of Health sent out to the heads of public health committees, chief physicians and other health organisations in all regional districts, urging that old instruments, hospital histories and documents, doctors’ memoirs and occupational accounts should be delivered to the Museum.

The Museum’s initial exhibition was conceived as a chronological outline of medical history in Latvia and the Baltic States. However, Soviet ideologues mandated a number of major changes, changing the focus towards the accomplishment of Soviet medicine in general, with a critical view of private medicine, folk medicine and the pre-Soviet period as such. The Museum’s interior design was also sovietised — with some elements of the process, including imitation stained glass depicting the vascular circulatory system, still visible today.

The Museum underwent an ambitious reconstruction in the 1970s. The changes included the dismantling and modification of the inaugural Mediaeval City diorama. Dioramas, which are full-scale or miniature reconstructions of historical scenes, were a major means of story-telling that museums employed in the 20th century to educate visitors about ancient history, given scarce surviving material artefacts. The Museum also devoted a lot of attention to dioramas, although over the years, as perceptions of the function of a museum changed, their role in the overall exhibition has lessened.

When the Museum opened in 1961, it held 12,300 items — it now stores over 200,000. This means that only about 7% of the entire collection can be available to the public at any one time. Along with presenting the history of medicine, the current exhibition and the interior design take visitors on a journey through the history of the Museum itself that presents its various developmental milestones, ideological shifts, as well as the values and aesthetics of each of its directors over time.

Since the Museum was established, society’s understanding of the functions and objectives of museums has changed considerably. The Museum now stands at the cusp of one of its greatest transformations so far. This will include a redefinition of the Museum’s mission, concept and the entire permanent exhibition, as well as an unprecedented openness in its public communication. As visitors enter the Museum, they can learn about medical science and technology, and find out how the Museum itself has changed with the times. 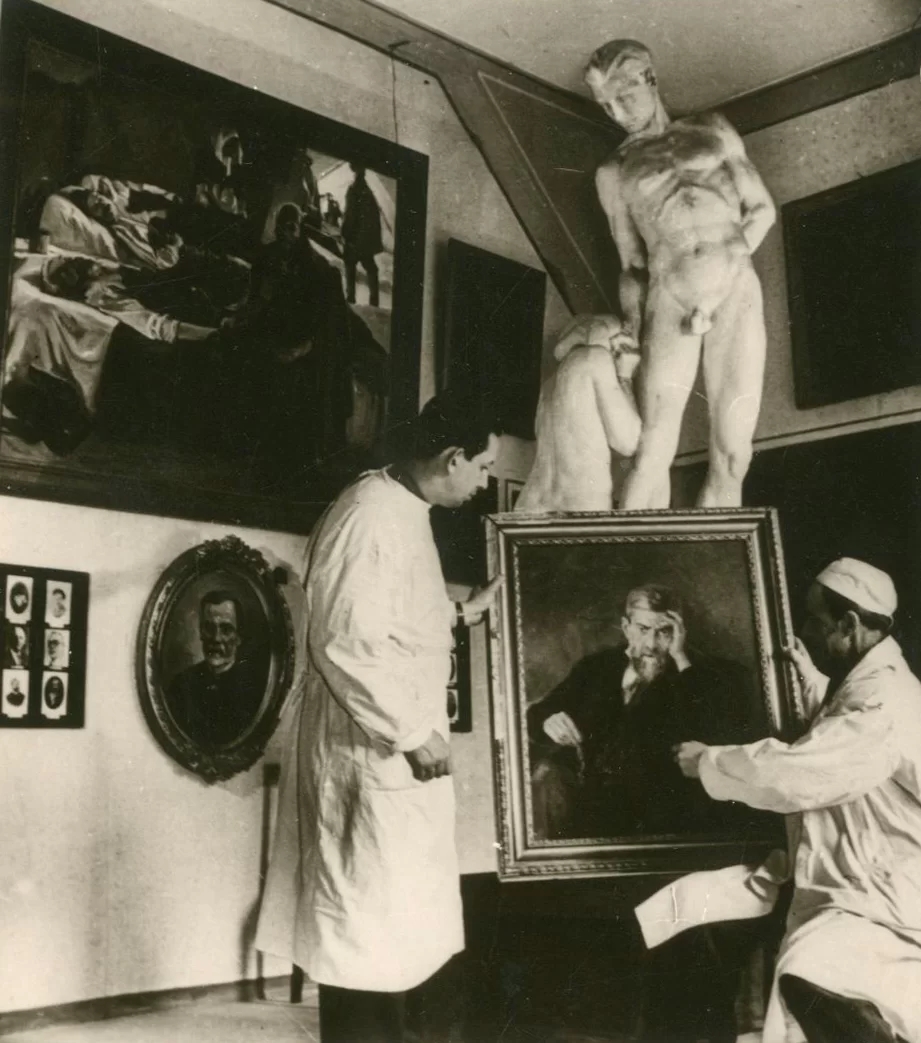