Outstanding discoveries, old-time traditions and beliefs, brilliant individuals — the permanent exhibitions in the Museum tell the story of how medicine has developed through the ages, from multiple, equally significant vantage points.

Trepanned skulls are evidence of the ability of stone-age healers to perform complicated surgical operations. The deformed skulls of the Alan people excavated in Northern Caucasus provoke mediations on the varied and ever-changing perceptions of human beauty.

A unique set of ritual paraphernalia from Siberian Nenets shaman Numind offers a glimpse of this ancient yet still-living tradition. This assortment is complemented by some of the most curious manifestations of Latvian folk medicine.

Scenes of houses ravaged by plague, depictions of cruel punishments and accounts of leg amputations without anaesthesia are just some of what await visitors in one of the most popular sections of the Museum’s permanent exhibit — the Mediaeval City. Witch trials, alchemists, mercury vapour baths, revivals of drowned bodies using nicotine enemas — all these and more can be found among the illustrations to old and highly valuable books held by the Museum.

The professionalisation of medicine and concurrent scientific advances of the 19th century are testified by various instruments and appliances, as well as by remarkable personalities. The Museum is particularly proud of its collection of the personal effects of microbiologist and Nobel laureate Ilya Mechnikov. The progress of science also owed a great deal to animals — although most of them in the unenviable role of experimental subject. The Two-Headed Dog — the result of a transplantation experiment by Soviet doctor Demikhov — was in fact commissioned by the Museum.

The collection of dentists’ chairs helps visitors imagine what it was like to have one’s dental problems treated in the past, while the Outer Space collection offers insights into living in a state of weightlessness. 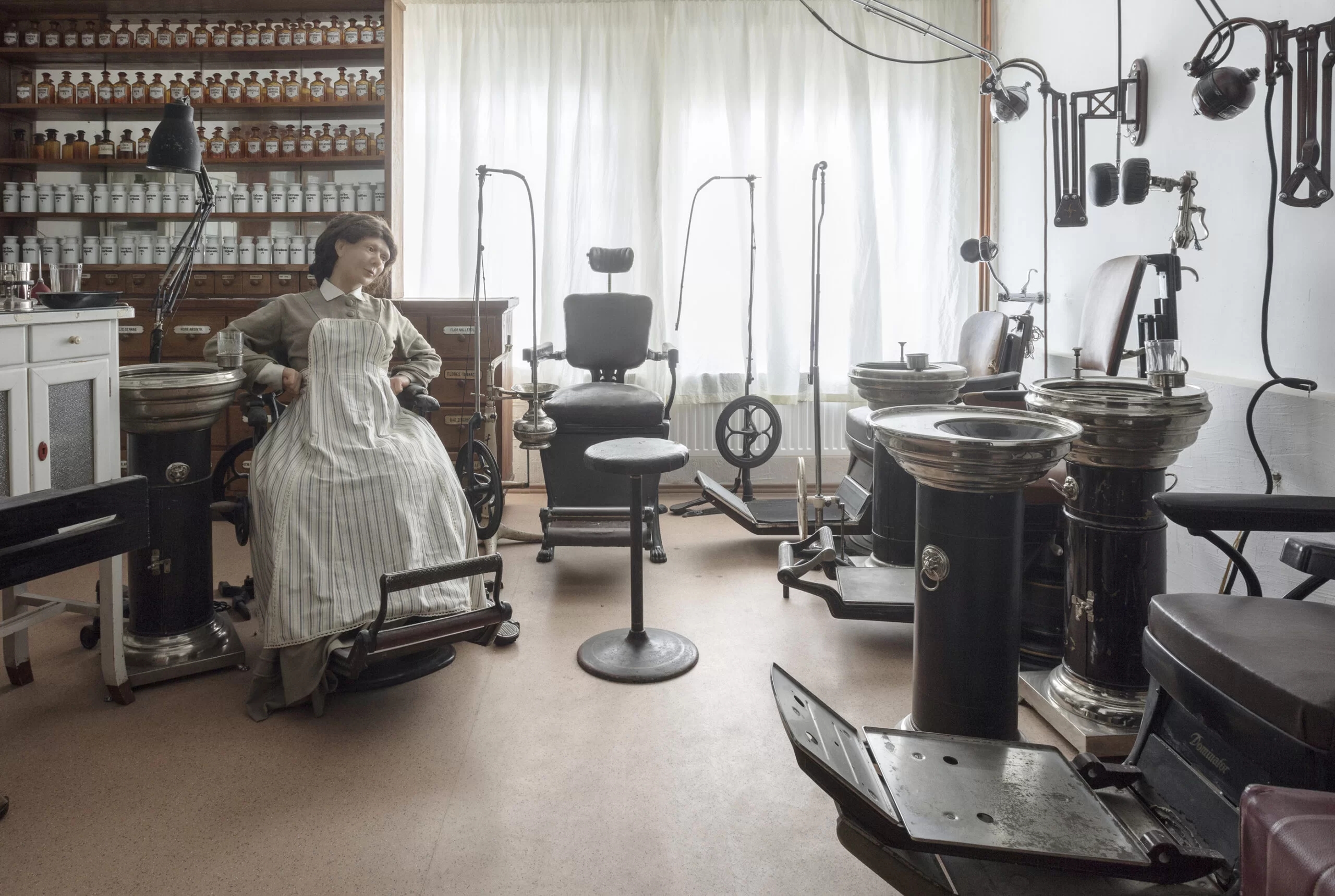