Intentions vs Reality. Realisation of the project ‘Objects from holdings in search for personal narratives’ in the shadow of Covid-19

Summer of 2020 saw the museum, in association with MHM Support Foundation Society, launch the project ‘Objects from holdings of Pauls Stradiņš Museum of the History of Medicine in search for personal narratives’, which had been granted financial support from the State Culture Capital Foundation. At the time, the epidemiological situation caused by the Covid-19 pandemic was relatively safe in the country and permitted planning the realisation of the project. A few months later, as the pandemic grew increasingly dangerous in Latvia, new safety measures were introduced which rendered the project impossible to implement without significant transformation. How do you realise a successful project under seemingly impossible circumstances?

2021 for Pauls Stradiņš Museum of the History of Medicine is a year of redefinition and revision. The first step in this process is an open and public re-evaluation of the museum’s past: traceability of the provenance of the collections; the applied methodology ‒ or lack thereof; the role of individual figures in the museum’s institutional activities; the ideological factors informing the museum’s acquisition and exhibition policies during the Soviet period, transforming into a search for the identity of a national medical science in Latvia after the restoration of the country’s independence.

The second step is identifying the current hot-button issues and neglected ‘difficult’ subjects in museology and healthcare. Is the museum as a state-run cultural institution courageous enough to engage in open self-reflection on the danger that could potentially arise from such an inherently conservative establishment allowing itself to go with the stream without questioning anything and maintaining a dialogue with the public?

The third step will be marked by developing a new identity for the museum. However, a new future can only be reached through re-evaluation of the past, which is a task that the museum is currently actively involved in.

Re-examining the previous acquisition and research practice centred around prominent figures in the history of medicine and development of medical technologies and biomedicine, we arrived at the conclusion that the objects included in the museum holdings have almost never been interpreted from the perspective of the patient. One way of achieving that would be making the patient’s voice heard, allowing the opinion of the patient, his or her family members or other caregivers outside the healthcare system be known alongside that of medical professionals. The project ‘Objects from holdings in search for personal narratives’ was developed and realised in late 2020 and early 2021 with the support of State Culture Capital Foundation, although a number of changes had to be made due to Covid-19-related restrictions.

The project was initially envisioned as comprised of six consecutive stages: digitalisation of VHS and audio cassette tapes from the holdings; development of the methodology of collecting ‘human stories’ ‒ personal narratives ‒ and museum staff training; development of a volunteer programme (functioning as support for museum experts); selection of specific objects from the museum holdings; an informative campaign on social media (appealing to members of the public to get involved in the project); recording ‘human stories’ in the format of a video interview. As part of the project, five subjects were chosen for selection of objects from the holdings: social care; disability; addiction; sexual education and medical instruments.

The epidemiological situation in the world and in Latvia and the resulting heavy restrictions on social contacts introduced significant changes in the course of the project launched in the summer of 2020. The only stage that could be fully completed without any modification was the digitalisation of the VHS and audio cassettes and audio tapes from the holdings. The recordings in the photo, phono and film collection of the museum holdings were previously stored in analogue media (audio tape reels, audio and VHS cassettes), encumbering work with this source of cultural heritage, limiting its availability for research and public access. These materials stored at the museum represent a rare and important part of the museum holdings ‒ oral history that is evidence of the knowledge and experience of medical history researchers, physicians and pharmacists; they serve as basis for reflection on the processes informing both the scientific and popular perception of health and disease at various times in history.

To develop the interviewing skills of museum specialists, a training session was conducted by Maija Krūmiņa, researcher for the Dzīvesstāsts [Life Story] Latvian Association of Oral History Researchers, as part of the project. The event, initially planned as a traditional workshop, had to be held remotely online.

The first and only ‘human story’ interview to date was recorded in late 2020; it was an actual real-life conversation with Maruta Vigdorčika, a long-time employee of MHM, whose story was an important addition to the history of the museum. Maruta Vigdorčika spent twenty-six years of her working life at the museum, heading the Department of Pharmacology between 1977 and 1991.

During the training session, the ethical factor was highlighted as a very important element in the relationship between the interviewer and the interviewee: the person who is the source of a life story or an account of an episode must not be harmed or hurt in any way. Presumably it was not so much the epidemiological risk as the emotional and mental wellbeing of the interviewed subject that was the concern at the time when these moral standards were established in the area of oral history. During the Covid-19 pandemic, however, the guideline prompted some reflection not just on empathy required when steering the conversation in a desirable direction but also on a regard for the interviewee in the current situation of an epidemiological threat. What, under these circumstances, is the responsibility of the museum as an institution, what is the responsibility of the project manager and the interviewer and, above all, what is our human responsibility? Two stress-filled weeks followed the interview, during which I was constantly expecting and dreading a certain phone call and pondering the ways in which my duty as a project implementer was conflicting with the ethical aspect.

The epidemiological situation in the country took a radical turn for the worse, prompting strict safety measures; a personal and institutional decision to abandon the initial interview project was made. The key part of it ‒ collecting the ‘human stories’ as well as launching a museum volunteer programme ‒ was impossible under these circumstances. Changes were made regarding selection of objects from the holdings; meanwhile, the planned informative campaign on social media had lost its point. These parts of the project had to be completely restructured, including a shift in focus.

A solution was found in launching a series of video recordings ‘The MHM Stories: Tell Us Yours’. Museum specialists created stories of selected objects from the holdings, inviting the public to comment and share their memories or personal experience on the museum’s Facebook account or in email letters. The first ones to have their stories on objects from the museum holdings or permanent exhibition made public were artists Katrīna Neiburga and Jānis Noviks. They researched their material and evaluated it from an artistic perspective while working on the first of the 2021 redefinition and residency programmes, ‘Museum Blood Count’.

Assembly restrictions also forced us to cancel the public assessment of the pilot project ‒ discussion of the process of collecting and exploring cultural heritage ‒ originally scheduled for February 2021 with an aim of developing a more inclusive acquisition policy through communication with the public. Rapidly reacting to the epidemiological situation at the time, the museum replaced the planned discussion with two online talks.

The first one of them, entitled ‘Public Involvement in Building Digital Collections: the Case of the Archives of Latvian Folklore’, was by Sanita Reinsone Dr. philol., leading researcher and head of the Digital Humanities Group at the Institute of Literature, Folklore and Art, University of Latvia. The talk was centred around the subject of digital participatory projects, highlighting encountered problems and lessons learnt. The speaker also addressed the benefits of this type of projects and the ways in which the relationship between an archive and its users changes in the course of a process of digital openness and participation.

The second talk was ‘How to Record a Pandemic?’, a conversation between the director of the museum Kaspars Vanags, photo reporter of LETA news agency Edijs Pālens and photo artist Andrejs Strokins, in which they discussed issues like the role of contemporary photography in a museum collection (criteria of selection in a situation of an overabundance of images; ways to avoid duplicating material compiled by news agencies and the State Archives), rapid response compilation, etc.

Despite the complications encountered during the realisation of the project for reasons outside the museum’s control, we still have not lost interest in ‘human stories’ and are still looking to invest the objects from our holdings with a ‘voice’. That is why we invite anybody who is interested in any of the subjects to get involved, sharing their comments on the video stories produced by the museum.

‘How to Record a Pandemic?’, a discussion between MHM Director Kaspars Vanags and photographers Edijs Pālens and Andrejs Strokins ‒ watch here 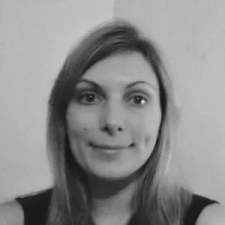