Was Latvia on the outskirts of the world? This question is answered by 19th century dentures found in archaeological excavations in Jelgava

As recently as 100–150 years ago, extraction was the easiest way of solving the problem of a toothache. When the main functions of somebody’s teeth were disrupted, it was time to consider false teeth or dentures. 170 years ago, they were considered an exclusive privilege, until, thanks to the American inventor Charles Goodyear’s discovery of rubber vulcanisation, a new material was produced, creating a breakthrough in the development of denture manufacturing and making them available to people with smaller incomes, not just in the United States but also elsewhere in the world, including Latvia.

An intriguing collection has found its way to the storage cabinets of the museum holdings in the recent years, a testimony of its time – admittedly, currently admired by museum workers only. The field of dentistry is represented at the museum quite extensively: there are instruments, medical remedies, plaster casts of teeth, dentist surgery equipment. And yet these objects are predominantly examples of the 20th-century cultural historical heritage, and that is exactly what makes said collection unique in the Latvian context. However, let us not run ahead of ourselves.

The three main functions performed by human teeth are the following: 1) a physiological one – breaking down food; 2) an aesthetical one – a beautiful smile; 3) the state of a person’s teeth determines their facial expression and speech. As one loses their natural teeth, it is vitally important to ensure the continuity of these functions. One of the most ancient ways of replacing natural teeth is dentures, a device that was already known and employed several centuries before the Common Era.

One of the problems encountered by makers of prosthetic teeth was ensuring their practical functionality. Up to the 18th century, dentures essentially performed a purely aesthetical function. Over the course of time, attempts were made to improve the material used in making the denture base; it was mostly produced from wood or ivory. The actual natural teeth were mostly replaced with ones sourced from animals or other people – the teeth of dead soldiers, executed criminals or simply extracted teeth sold by living persons.

Pierre Fauchard (1679–1761), one of the founding fathers of modern dentistry, was the first to start coating animal bone teeth with porcelain enamel; he also invented a new way of securing dentures in the patient’s mouth to ensure the physiological function as well. He proposed fastening the dentures with an additional metal frame. Presumably his idea was then further developed by goldsmith Claudius Ash (1792–1854), whose porcelain dentures mounted on a gold plate were contained by a spring. Ash later went on to become the biggest producer of dentures and dentistry tools in Great Britain.

A similar construction was also used to hold together teeth in vulcanite dentures, which ensured the retention of the denture plate, adhering by suction to the oral mucosa.

In mid-19th century, using the vulcanisation process of rubber discovered by the American inventor Charles Goodyear (1800–1860), a new elastic rubbery material – vulcanite – was created. The new material brought about a genuine revolution in the way dentures were manufactured. The invention was patented. In 1864, after Goodyear’s death, the Goodyear Dental Vulcanite Company was founded in the United States. To be able to work with this material, a dentist had to obtain an expensive licence, a fact that caused widespread dissatisfaction. And yet dentists had to put up with it if they wanted to satisfy their patients’ wishes. After the patent expired in 1881, vulcanite was used much more extensively and became even more available.

For a number of following decades, vulcanite was the most demanded, durable, practical and most cost-effective material for the manufacturing of dentures, although more and more new discoveries and improvements were being made along the way in this area. In 1868, John Wesley Hyatt (1837–1920) discovered a way to produce another type of material, celluloid. Although unpleasantly smelling and easily deformed, celluloid prosthetic teeth were the first step in the direction of a plastic denture base.

As late as in 1939, Dominiks Kalvelis MD in his book “Technical Materials and Auxiliary Materials in Dentistry” wrote that “as a prosthetic material, India rubber plays the key role in the techniques of dentistry. It can be safely estimated that 90% of all dentures are made completely or at least partly of India rubber” [“Zobu techniskie materiali un palīgmateriali“, p. 65].

While it may sometimes seem that Latvia was a remote territory on the outskirts of Europe, the healthcare services enjoyed by its affluent citizens were on a par with the general standards at the time, as made evident by archaeological discoveries in Jelgava.

One of the most singular parts of the collection of dentures ended up in the museum holdings in 2015, when archaeologist and historian Andris Tomašūns donated 16 objects unearthed during excavations at the St John’s and Writers’ cemeteries in Jelgava.

In 2014, new utility and communication systems were installed in Sporta Street in Jelgava, covering the area from Zemgales Boulevard to Pasta Street. To date the occupation layer discovered at the site, archaeological supervision was provided, and soil was examined manually in search for artefacts. In the course of the work, sample excavations helped establish the boundaries of the old Writers’ and St John’s cemeteries; several early and mid-19th-century burials were exposed.

Among a large number of vulcanite dentures, a dental bridge was found whose owner could be identified: it had belonged to a von Owander, who had died in 1807 in Jelgava.

According to an ancient Jewish saying, anything made of gold could be removed from a deceased person before burial – except whatever they had in their mouth. Of course, it was also unacceptable to do that on moral grounds.

As we examine these dentures, it becomes obvious that vulcanite was also used in prosthetic teeth in Latvia in the 19th century. An inexpensive and easy-to-use material, it made dentures available to a much greater number of people. After the term of the patent on vulcanite ran out, dentures manufactured from this material cost approximately 5 pounds in the UK, while the price of prosthetic teeth made from ivory was 100 pounds.

In the 1930s, denturists started making prosthetic teeth from AKR-7 plastic. They looked more natural and were more comfortable to wear, also easier to clean.

Today, however, attaching dentures to implants, a technique that allows prosthetic teeth to look even more natural, is becoming increasingly popular.

These days, oral care products are much more easily available to people, helping preserve their natural teeth longer; perhaps, over time, dentures will become relics relegated to museums only. 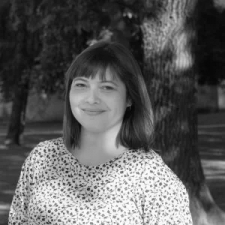