What can a single photograph tell us?

A photograph can be “mute” if we do not know anything about it. In the hands of a researcher, however, it will open up and tell its story. This time it is about singing and non-medicinal treatments for tuberculosis patients.

At a time of ongoing arguments surrounding the Latvian School Youth Song and Dance Celebration in the context of the Covid-19 pandemic, my attention was drawn to a photograph taken at the Krimulda sanatorium, stored at the museum under the number MVM 43198 Ff 5211. It remains unknown what the event captured in this picture taken on 28 August 1927 was; what is certain, though, is that it involved singing and Jānis Milzarājs (1897‒1983), music teacher at Riga City Elementary School No. 1 and conductor of the Latvian Youth Red Cross choir. Jānis Milzarājs studied at St Petersburg Institute of Music and later, as an external student, at the Latvian Academy of Arts. He went on to teach at Riga Elementary School No. 27, Riga City Elementary School No. 1 and other educational institutions. In 1925, Milzarājs started his studies at the Latvian Conservatoire. His lifetime achievement was probably forming the Latvian Youth Red Cross choir for school-age children in 1925, which he headed throughout the whole history of the choir until its disbanding in 1940. During the times of Soviet Latvia, Jānis Milzarājs at various times headed various choirs at the Pioneers’ Palace, secondary schools No. 2, 6 and 7, the Latvian State Pedagogical Institute, Riga Institute of Medicine and Pedagogical School. That much is known about the conductor in the photograph ‒ but what about the medical aspect of the picture?

19th century and early 20th century saw the number of cases of tuberculosis significantly rise; it was one of the most wide-spread causes of death in the world. Well-known since antiquity, in the 19th century the disease mostly affected the impoverished residents of urban areas, rapidly growing under the influence of the ongoing industrial revolution. The actual cause of the disease was only established in the late 1800s, but there was no safe treatment available for tuberculosis until as late as the mid-1900s. The usual approach recommended by physicians was rest, good nutrition and spending lots of time in fresh air.

In the mid-1800s, the first sanatoria opened in Europe and America ‒ facilities where patients of tuberculosis could boost their health; in the late 19th century, the first specialised out-patients medical centres for treating tuberculosis appeared. In 1854, the German physician Hermann Brehmer (1826‒1889) opened a sanatorium in Görbersdorf (Sokołowsko), in the Silesian mountains, where the main methods of treatment were good nutrition and lengthy periods of time spent in the fresh mountain air. The first American sanatorium for patients of pulmonary tuberculosis was opened in 1875 in Asheville, North Carolina, by Dr Joseph Gleitsmann (1840‒1914). Ten years later, Dr Edward Livingston Trudeau (1848‒1915) opened his Adirondack Cottage Sanitarium at Saranac Lake, New York, for treatment of tuberculosis; it became the best-known institution of this kind in the United States.

Latvia was no exception in this respect. Consumption, as the disease used to be known, was the cause of two thirds of deaths by illness [Rita Grāvere, Informēts, ..]. The First World War and the havoc it wrought only accelerated the spread of the disease, but the young Latvian state had very little means of fighting this ‘plague’ at its disposal. “Understandably, this disease has challenged physicians to seek ways of fighting this dangerous enemy, and in their publications, similarly to [texts on] folk medicine, we read of countless remedies against consumption, all of them superstitions. The only thing we can count on is medicine that helps the body fight consumption at certain stages of illness,” wrote Dr Aleksandrs Auškāps at the time [Rita Grāvere, Informēts, ..]. In Latvia, like elsewhere, physicians recommended rest, wholesome nutrition, sunbathing and hardening the body in fresh air to improve the general state of health of the tuberculosis patients. The first sanatoria for treating tuberculosis patients in Latvia were opened in the early 1900s by Vidzeme Society for Eradication of Tuberculosis; after the First World War, a great effort in treating tuberculosis patients and running a number of sanatoria was made by the Latvian Red Cross and Society for Eradication of Tuberculosis, founded in 1923.

Following the agrarian reform, the Krimulda Castle (Schloß Cremon), property of the von Lieven family, was nationalised, and from 1921 it was managed by the Latvian Red Cross. Under Professor Jānis Jankovskis (1876—1925), it was transformed into the first sanatorium for patients of osseous tuberculosis in independent Latvia. Since air baths and sun baths played a significant role in the treatment of tuberculosis, a sun porch was built in 1927 in front of the Krimulda sanatorium building, as shown in the photograph.

Featured in the photograph, the conductor Jānis Milzarājs also had links with the Latvian Red Cross: with Romāns Šmits, they showed up at the office of Riga elementary school inspector Miķelis Štāls in March 1925 and informed him of their desire to “found a choir for students of Riga elementary schools, that could perform at children’s events and festivities, song celebrations and children’s festivals, folk song nights, etc.” [Latvijas Jaunatnes Sarkanā .., p. 3]. The school board gave its permission to form a choir for elementary school students under the auspices of the Latvian Youth Red Cross. Lead by Milzarājs, the choir went on to perform actively on a high artistic level to considerable acclaim. It gave recitals in churches, at school anniversaries, children’s events, Riga theatres, the Conservatoire and the Latvian Radio, made guest appearances in Estonia, Lithuania, Denmark and Sweden, regularly performed at the Latvian Red Cross events and visited sanatoria, including the one in Krimulda.

Photographs stored in the museum holdings are evidence that sanatoria run by the Latvian Red Cross paid a lot of attention not just to health-boosting therapy but also to meaningful pastimes and mental invigoration. Alongside arts and crafts classes, various events and concerts by visiting performers, patients of the Krimulda sanatorium were also taught musical skills; there was even a children’s orchestra.

Alongside many others, this photograph informing about the activities of the Latvian Youth Red Cross in 1925‒1940 was donated to the museum by the conductor’s spouse Ērika Milzarāja.

The reverse of the picture, alongside the date and signatures, bears a handwritten four-line poem:

As likely as not, the four-liner is a Latvian traditional folksong-inspired poem by a female member of the Krimulda patients’ ensemble conducted by Milzarājs, written in honour of the moment captured in the photo. Perhaps it was the opening of the new sun deck or a patients’ choir rehearsal, an attempt to diversify the daily routine of the patients or a session of vocal therapy. Or perhaps Jānis Milzarājs was helping develop the musical skills of children treated at the Krimulda sanatorium.

This particular photo is more than just a testimony of an event and an era; it also asks questions to which we are still seeking answers. Perhaps some of the questions will remain unanswered in the mist of bygone times, and we will only be able to discuss them in terms of probability. And yet the tools available today allow us to come up with many answers that would have been so much harder – or even impossible ‒ to find in a not-so-distant past. There is an abundance of artefacts at Pauls Stradiņš Museum of the History of Medicine and other depositories that not only are evidence of certain facts but are also awaiting a new generation of researchers who will open the curtain to so many new discoveries.

Perhaps physicians back then intuitively suspected, if perhaps did not know for a fact, that singing can help not just people suffering from lung diseases but everyone, unwell and healthy persons alike. Regular singing increases the lung capacity, helps control breathing, improves cardiac functions, boosts memory and concentration, helps lower stress levels and stabilise the nervous system, improves the body’s ability to resist serious illnesses, enhances positive emotions, creating an atmosphere of calm and security and promoting wellbeing.

And although in this time of Covid-19 there is some concern that singing indoors, closely together, can increase the spread of the virus, as some of the singers may be presymptomatic or asymptomatic carriers, summer solstice is upon us, calling out to us to sing our fill under the open sky, following the recommendations of medical professionals:

I went a-singing
To the green grove;
People only hear my voice there,
They don’t see the rest of me.

May your songs be beautiful and loud! May you be light of heart and merry of mind as the summer solstice is drawing near, and may singing boost your health and increase your wellbeing! 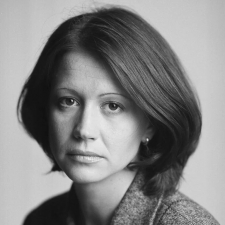 Curator of the photo, audio, film and digital section of the museum holdings