Pauls Stradiņš Medicine History Museum invites everyone to get to know the human immunity with the help of the board game IMUNO. The game allows one to discover how our immunity works in a simple and exciting way, the importance of our choices in creating and strengthening it, as well as to find out about discoveries in the study of immunity. You can download the game for free at the museum's website.

Did you know that our immune system remembers every microbe it has ever encountered and had to deal with? Immunity is a complex system, a collaboration among cells, tissue and organs with the aim of preventing illness caused by pathogens such as bacteria, viruses, fungi. With the challenges created by the Covid-19 pandemic, human immunity has become one of the most debated topics in society.

During the IMUNO game we are introduced to internal and external factors, including personal choices that affect immunity, as well as significant discoveries in the study of immunity. We explore how our immunity works in an exciting manner and learn the importance of our choices in shaping and boosting it.

The game is suitable for players from the age of 7 and can be played by up to 6 players, joining together in teams. In the board game IMUNO, each participant represents either pathogens (PATO) or immunity (IMUNO). The player's goal is to take over as much territory as possible with one’s tiles. The amount of territory is determined both by the player's choices and external factors. Different actions are marked on the board, as a result of which PATO or IMUNO earn and lose squares, occasionally drawing surprise cards announcing events related to immunity and altering the course of the game. The winner is the player who has taken the largest territory and strategically accumulated points by choosing more valuable squares. Gameplay will include breakthroughs and setbacks as well as surprises – just like real life! You can’t predict and control everything, you have to adapt to the situation and surrender to the game.

The IMUNO game in Latvian is available free of charge on the museum's website in colour and black and white versions - game rules, field, cards and a colouring envelope for storing the game. It can be played by anyone at home, at school, in the garden or in the park. The game is fully printable and can be assembled at home, even if you do not have board game components to hand. All you need is a printer, scissors, glue and adhesive tape.

Print out the game and embark on an exploratory journey about immunity and pathogens!

Participate in the development of the game

Players are given the first version of the game, so everyone has the opportunity to get involved in the development of the game by submitting feedback on both the content and design of the game. To submit feedback during and after the game, players complete a feedback form with four key questions. You can find the feedback form here.

Board game IMUNO is developed within the framework of European Social Fund project No. 9.2.4.1/16/I/001 “Integrated health promotion and disease prevention measures”. The game was created by the Museum of the History of Medicine in cooperation with the society “Kolektīvs”, the Public Health Department of the Ministry of Health and the Centre for Disease Prevention and Control.

Have a pleasant and exciting game! 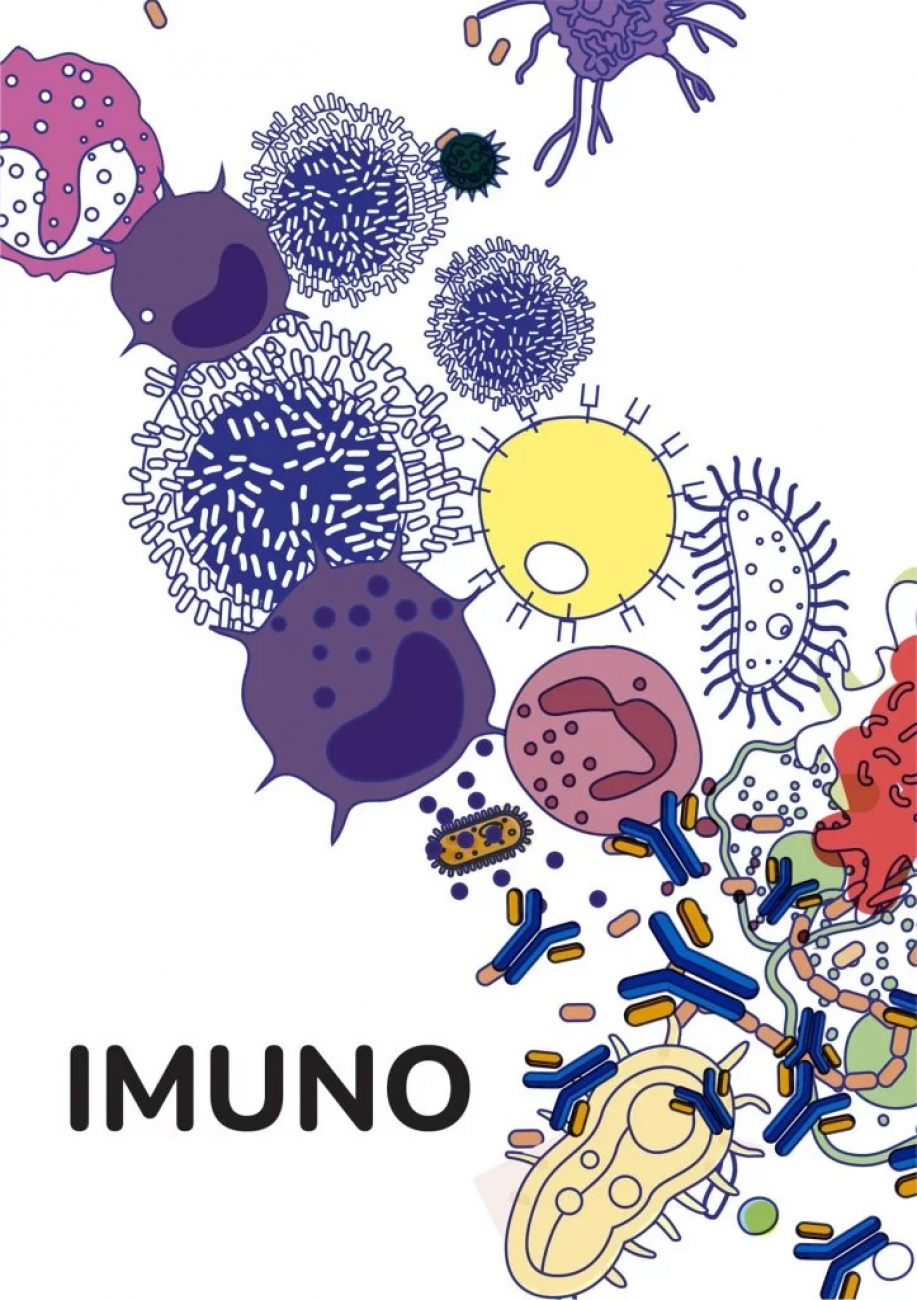